I thought I'd have more problems driving on the left side of the street than I did. I did stray to the left a bit more than I should have - but I guess that's better than going into the oncoming lane! I got to drive around in a Mercedes - I think maybe because I was patient at Avis. A man came in, pushed to the front of the (only) line, stating loudly that he was an Avis Preferred member. The clerk asked if anyone else there was - only me - so he told the man that he had to take me first. The clerk apologized for my waiting, I told him I was on vacation, so 15 minutes didn't matter to me (they were very busy). Then he upgraded me! 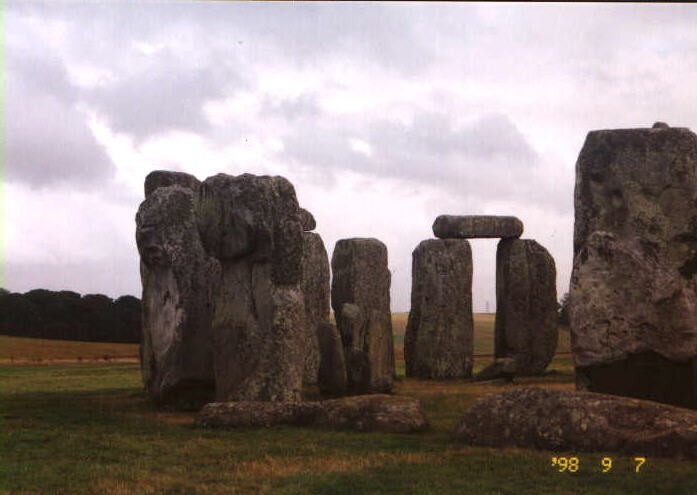 Stonehenge - you can no longer get close to it (I used a telephoto lens) because people were chipping pieces off(!!) It's impressive, as was Avebury which is bigger than Stonehenge. Unfortunately, it's size makes it harder to capture in a photo. 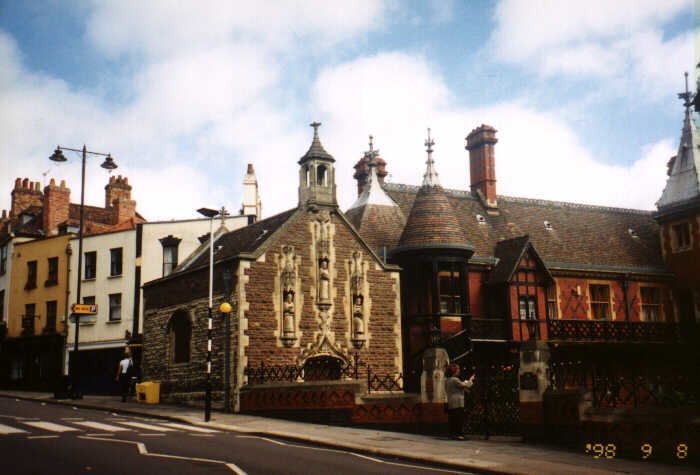 "The kids in Bristol are sharp as a pistol when they do the Bristol Stomp"I stopped in Bristol for lunch and a trip to a cybercafe. The song "Bristol Stomp" kept playing in my mind the whole time! 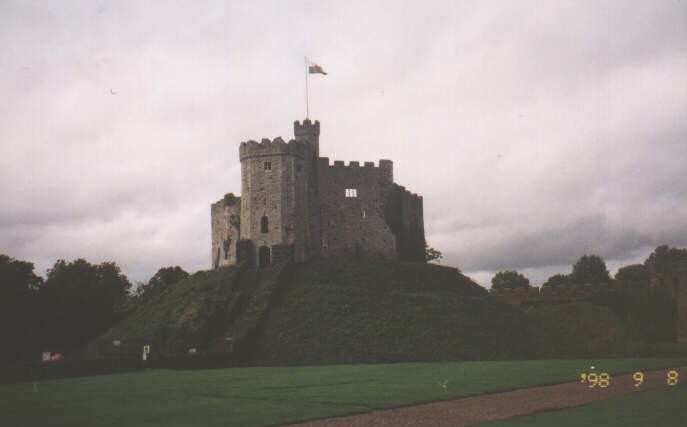 I did some driving through southern Wales before stopping at Cardiff for lunch and visiting Cardiff Castle. This is a photo of the Castle Keep. 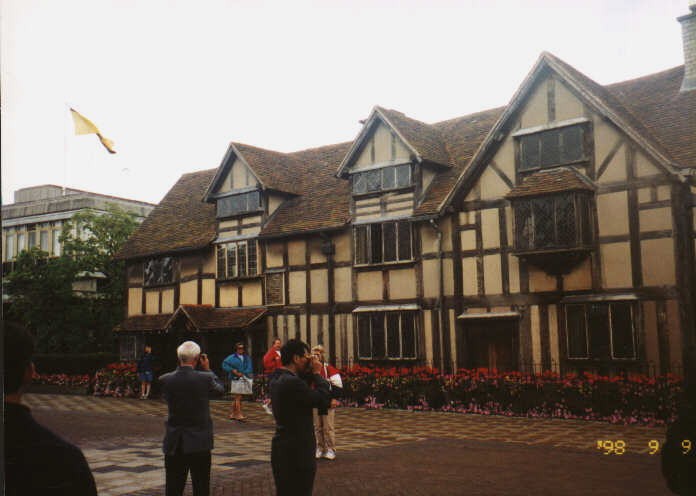 Stratford-on-Avon (Avon being an old English word for river) - this is where William Shakespeare was born. The house has been expanded since his family lived there, and used as an inn. 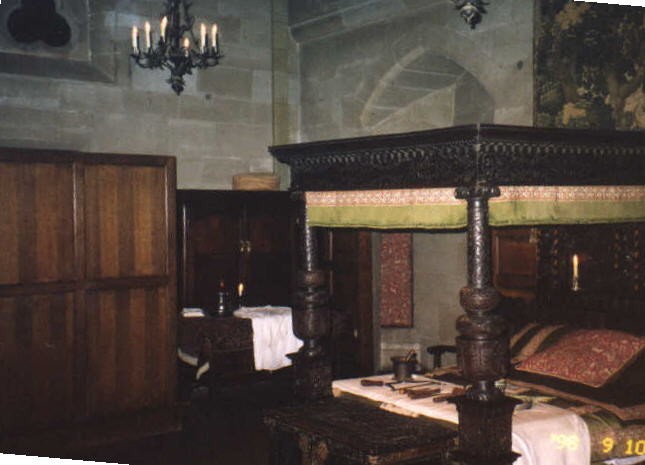 Warrick Castle was the first castle I visited. Some of it had been updated in the 17th and 18th centuries. This is the bedroom of Sir Fulke Greville. He was killed here by a manservant who was upset that he wasn't being left more in Greville's will. The room is in a tower known as the Ghost Tower as Sir Greville is still hanging out there. 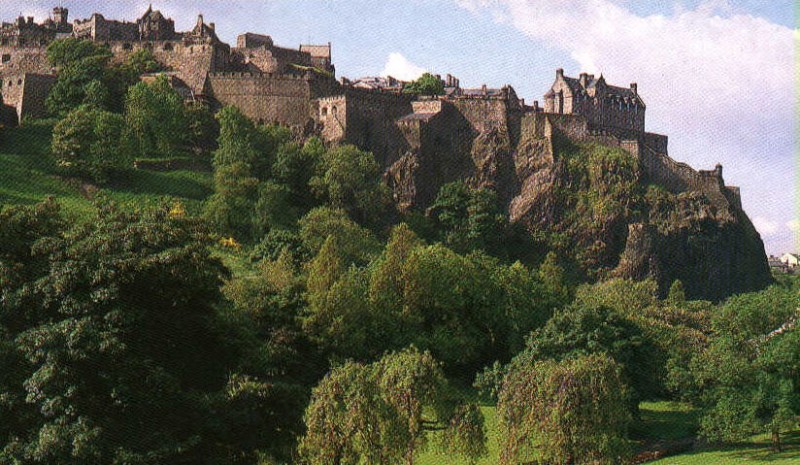 After picking my sister up near northern Wales, we stopped by Liverpool, then headed up to Scotland. This is Edinburgh Castle, with some beautiful views of the city from the top. 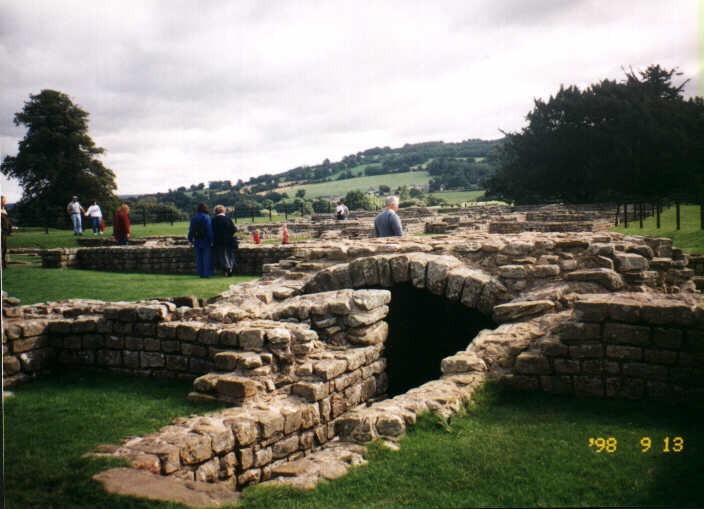 The Roman soldier Hadrian had his troops build a wall to keep the fierce Scotsmen back. The wall goes along the border between Scotland and England. This is part of the fort on the wall. The arch in the middle of the picture goes over the bank where the troops pay was kept. The fort also included an extensive bathhouse with running water. After the Romans left in the first century A.D., the locals didn't see the need for bathhouses for over a millennia more. 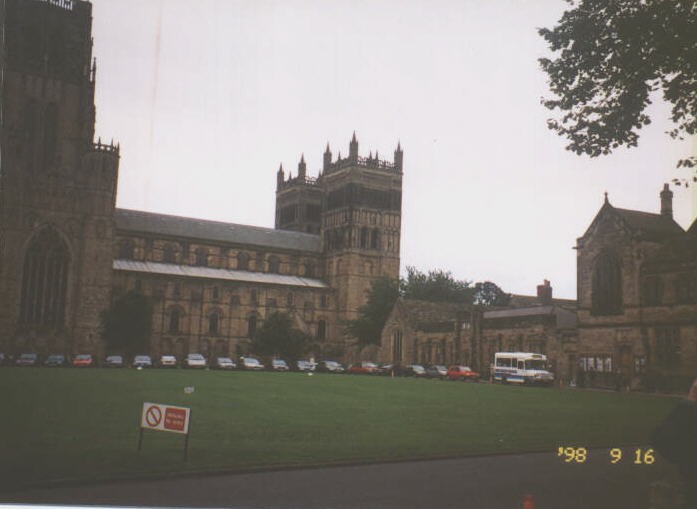 Durham Cathedral. The Castle is right next to it, but we didn't want to wait for a tour - it's now part of the university, so we couldn't wander around by ourselves. The town of Durham is very cool - with cobbled streets and lots of little stores. 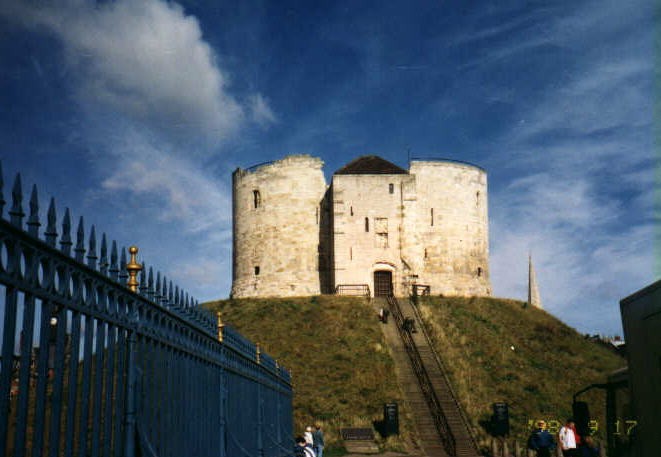 Clifford's Tower in York. Centuries ago, the local Jewish population hid here from townspeople who wanted to kill them (supposedly to avoid paying back money that they owed the community.) The non-Jewish townspeople set fire to the tower, and the Jews decided on mass suicide rather than be captured. 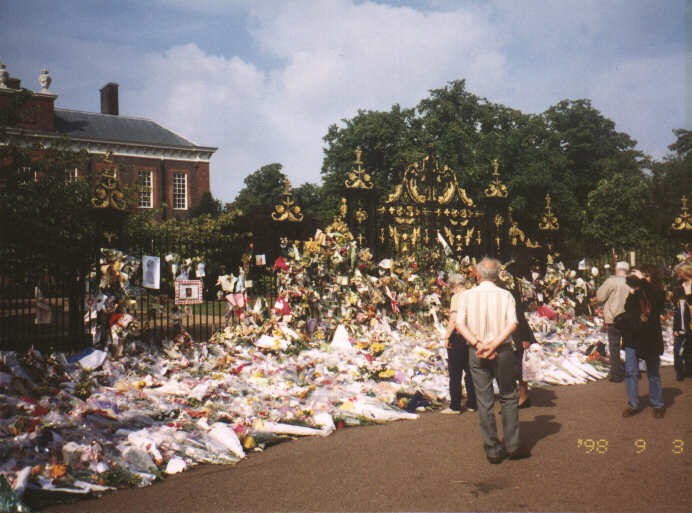 I was in London during the 1st anniversary of Princess Di's death. The walkway in front of Kensington Palace was lined with flowers, pictures, and notes. 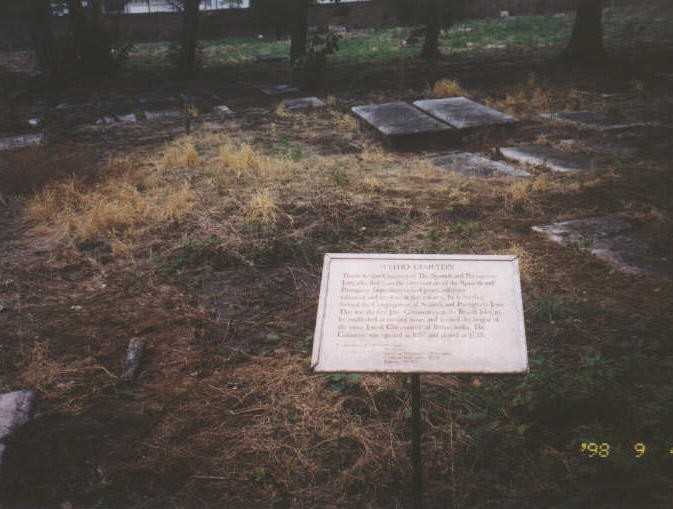 This is Velho (which means old in Portuguese) Cemetery. An ancestor of one branch of my family, Rachel de Louzada, was buried here in 1708. Oddly, there was a building built on part of the cemetery. Some workmen were there rehabbing the building and told me they had seen the ghost of a man there. I didn't see my ancestor's grave, but the stones were in pretty bad shape, and in Hebrew.