I flew into Halifax and used it as my base of operations for exploring the province. Driving around was quite easy. The only problem I had was hitting the Angus L. Macdonald Bridge at rush hour going from the airport to the AirBNB where I was staying. Traffic went from half a dozen lanes to one. And I was caught in the middle of traffic when I realized that there was a toll. I had some Canadian change, but it was in the back in my suitcase. Fortunately, the toll was just $1 and they took a US dollar. I used the bridge later during non-rush hour and there was minimal traffic. 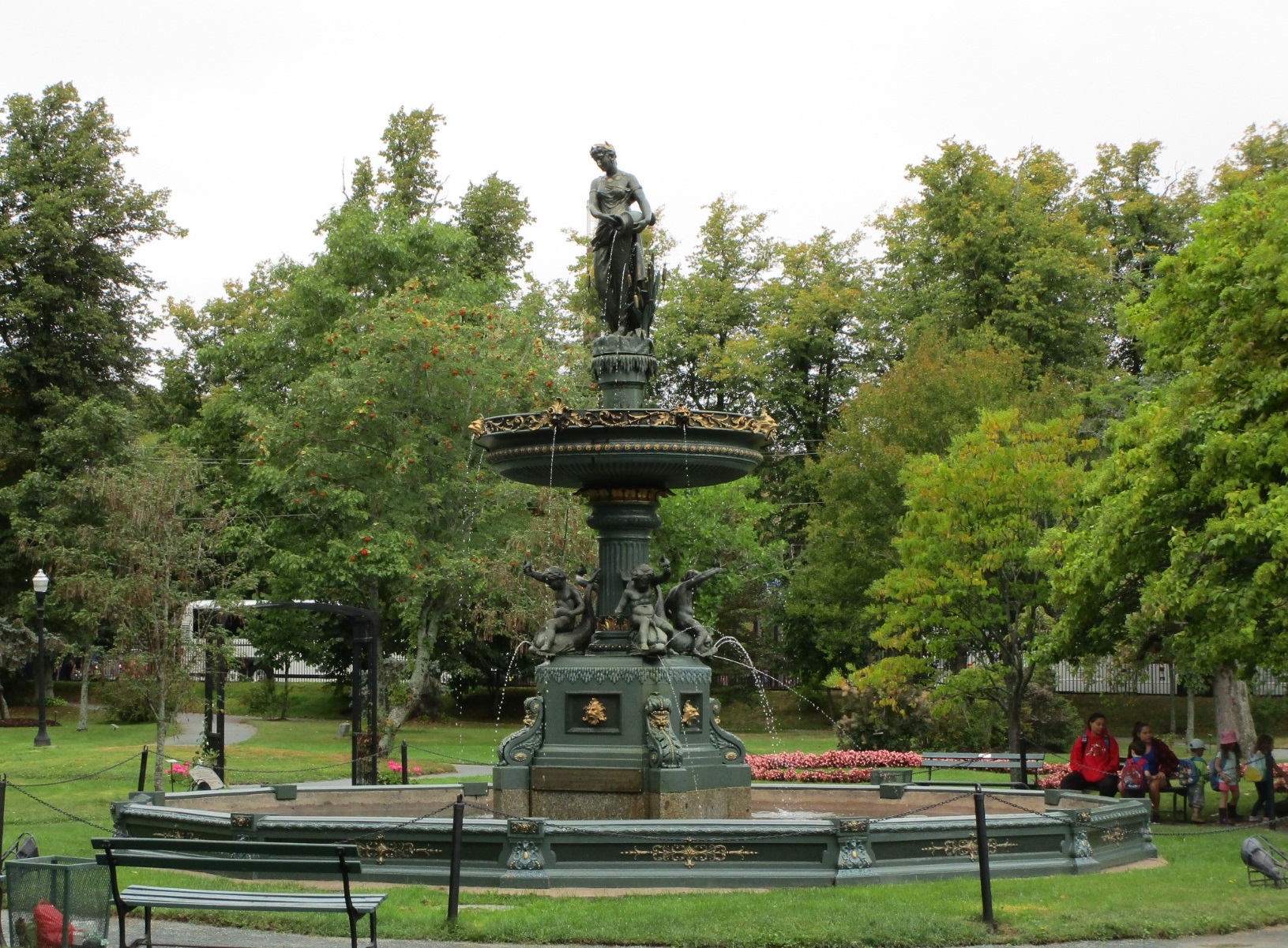 The Halifax Public Gardens, the oldest Victorian Garden in North America, opened in 1867. This fountain was erected by the garden commissioners in commemoration of Queen Victoria's Diamond Jubilee in 1897. At the top is the nymph Egeria. Her name is used as an eponym for a female advisor or counselor. She is surrounded by four water babies riding on sea serpents. The gardens are beautiful with many different types of flowers and plants, statues, a bandstand, and a pond with a model Titanic floating in it. There are also a lot of benches to sit and just enjoy the surrounding gardens. 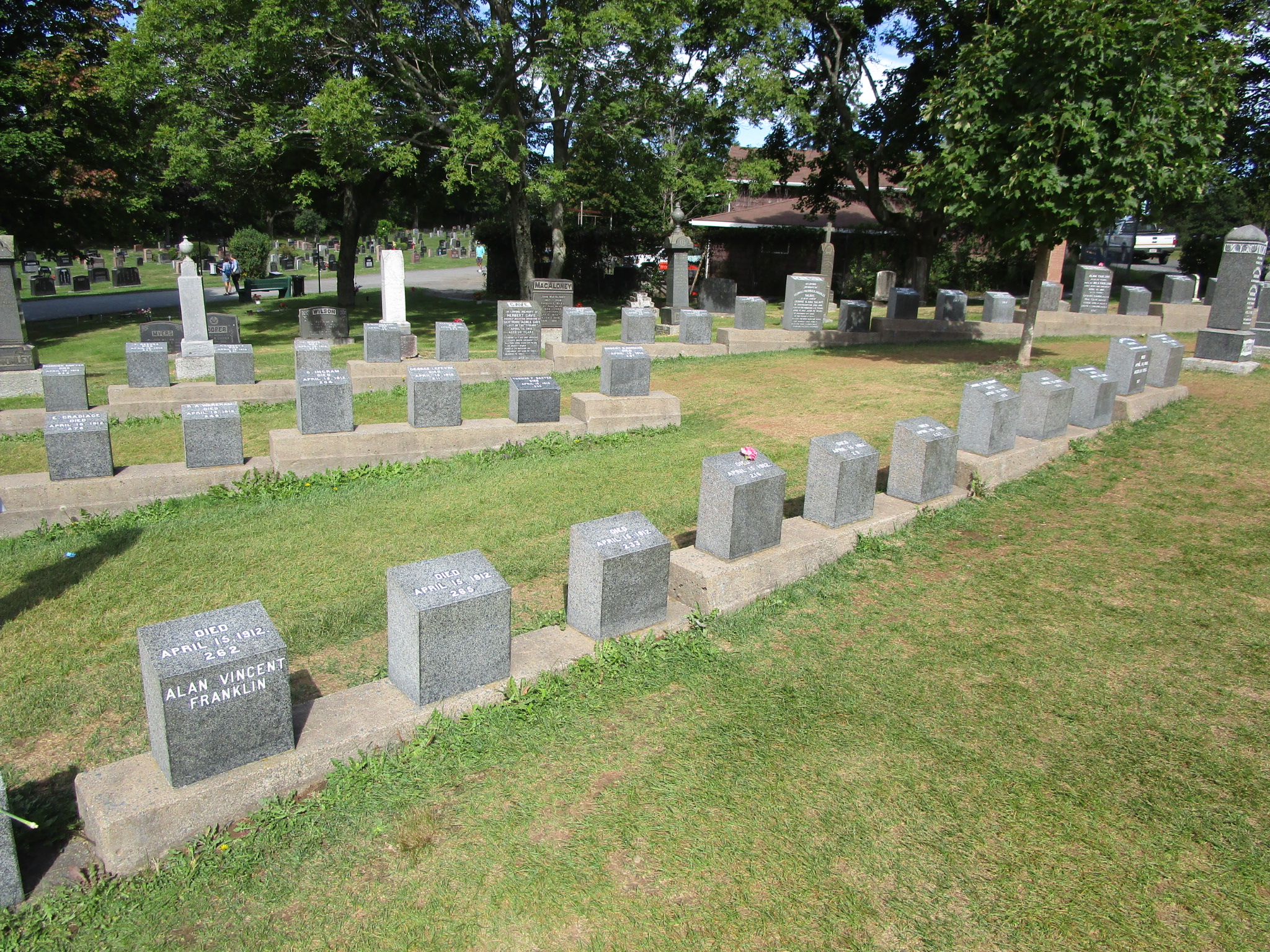 Fairview Lawn Cemetery in Halifax is the final resting place of over 100 victims of the Titanic sinking. Some have names, some have numbers, some have neither. But they all have the same death date - April 15, 1912. The cemetery also has a memorial to the victims of the Halifax Explosion, 2 ships in the harbor collided and exploded, killing at least 1950 people.

Burntcoat Head park is the site of the highest recorded tides.The range is 16.3 meters or 53.5 feet. I arrived at high tide, took the picture on the left, ate a picnic lunch, walked around the park, read for a while, then came back about halfway to low tide, and took the picture on the right. I tried to get the same angle, but with the small screen on my camera, it was difficult. The lowest tide would have happened about 10:00pm, so it will get quite a bit lower. 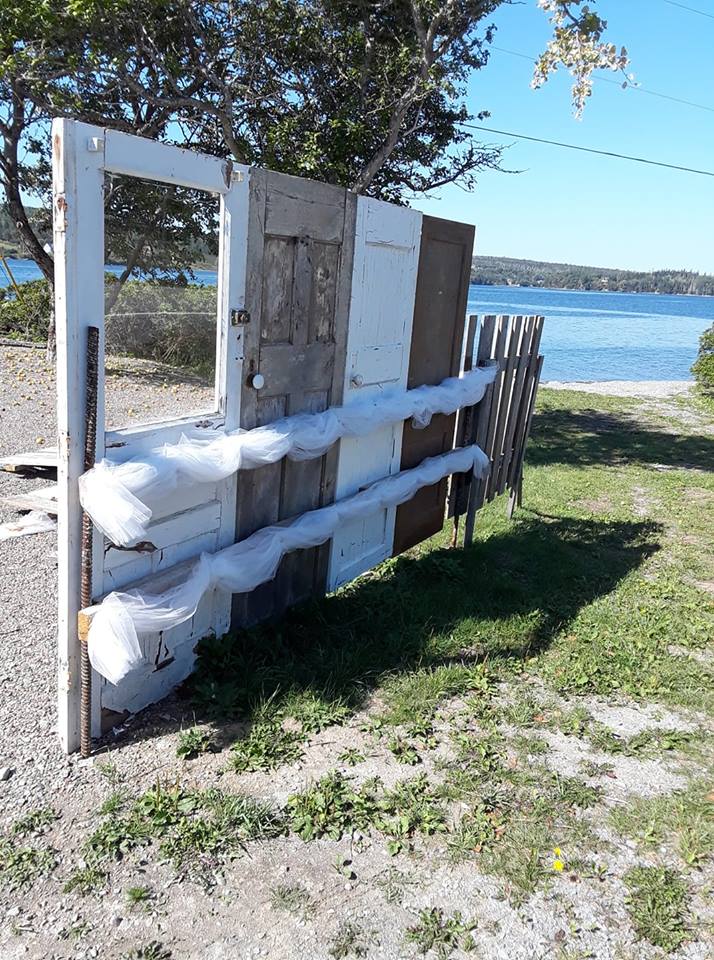 Just some doors as I drove along the coast. There were a few more on the ground behind them, so I'm not sure if it was being put up or torn down.

Click on the link below to go back to my Canada travel page.