I spent the year before my trip trying to recover my Spanish from High School. Fortunately, a lot of people spoke English, those that didn't were very nice about my attempts at Spanish, between that and drawing pictures, I did quite well. Unfortunately, my camera died halfway through my trip (I'm sure that it had nothing to do with my dropping it a couple times!) I bought a cheap one while I was there. In the larger Spanish cities - if you need anything - head to Cortes Ingles. These super department stores (think of an upper scale super K-Mart) have everything! Segovia (this picture looks tilted, but it's the uneven terrain!) This is a nice small little town. The streets are narrow and twisty, but, like many of the cities of Spain, there are lots of signs around town pointing the way. This is supposedly the town where Columbus got his okay from the King and Queen to set sail for India. 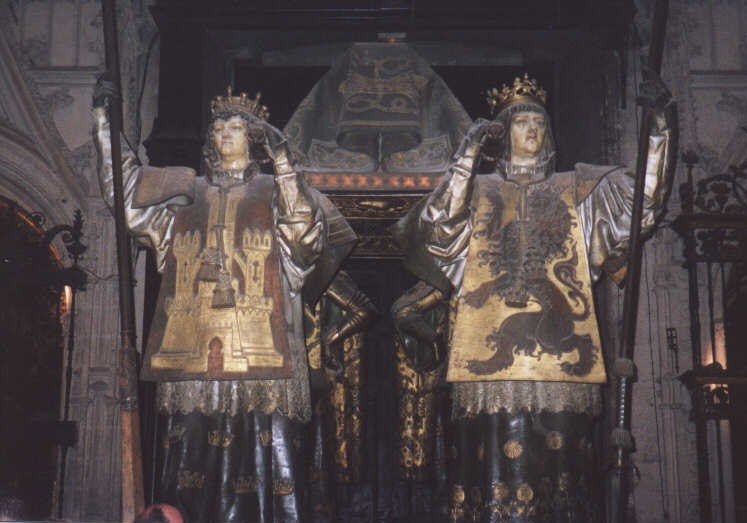 The tomb of Columbus in Seville. I was surprised that picture taking was allowed in the Cathedral. The Cathedral used to be a mosque, now it's the third largest (Catholic?) Church in Europe after St. Paul's at the Vatican and St. Peter's in London. 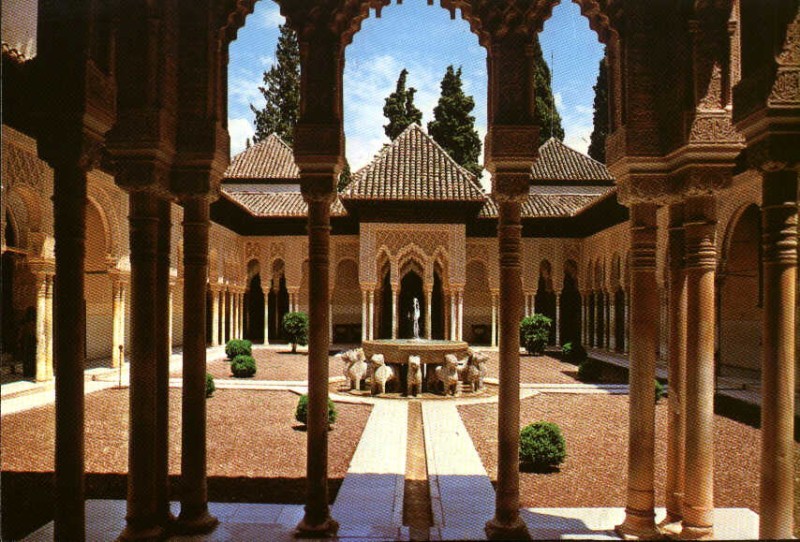 Granada at the Alhambra. Granada was just filled with tourists! It was the only place I had to get a ticket in advance - and over the phone. I had to wait a day and a half - and I was worried that I'd get to the ticket window and find I didn't order them after all. But apparently my Spanish worked - the ticket was waiting for me. The Alhambra was beautiful. One of the attractions was the heavy use of water - fountains, stair railings with water coursing down, water running through the walls, etc. It was impressive, but probably would have been more so if it hadn't been pouring down rain for most of my time there. There were some unhappy tour groups, but being a one-woman tour group - I just browsed the gift shop and palaces on the grounds until it cleared up. (The advantages of a loose schedule!) The cathedral is nice too - it holds the tombs of Isabella and Ferdinando along with their daughter and her husband. 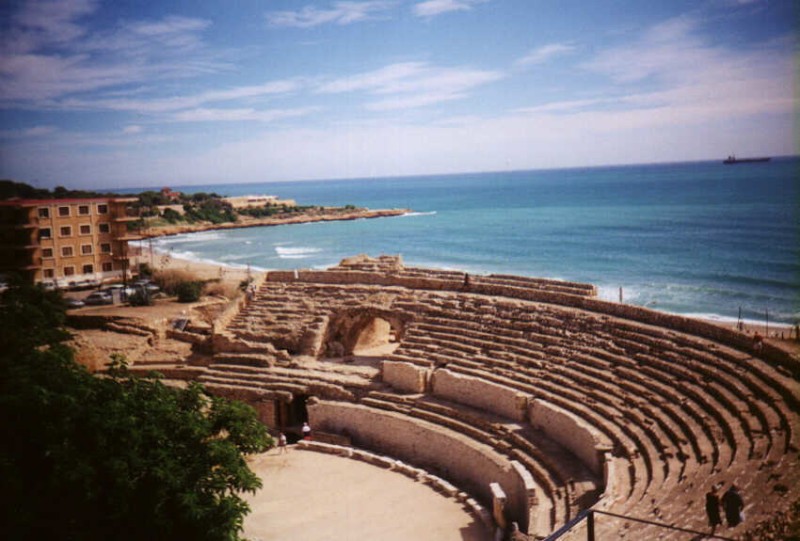 If you're going to Barcelona and want somewhere a little slower paced, stay in Tarragona! It's a beautiful little town on the Mediterranean, about 45 minutes from Barcelona. (And that's driving slower than the speed limit, but Spain is considerate and has slow lanes from time to time while driving through the mountains - it's probably just for trucks, but it works well for amazed tourists trying to drive and stare at the mountains on one side and the sea on the other!) It has everything - a modern area, an older area, and even older area - the Roman ruins above. I saw a parade there in honor of the towns patron saint - people carrying big structures in the shape of people. They danced around and twirled with these 12 foot things on their shoulders - even down cobblestone streets that I could barely walk on. 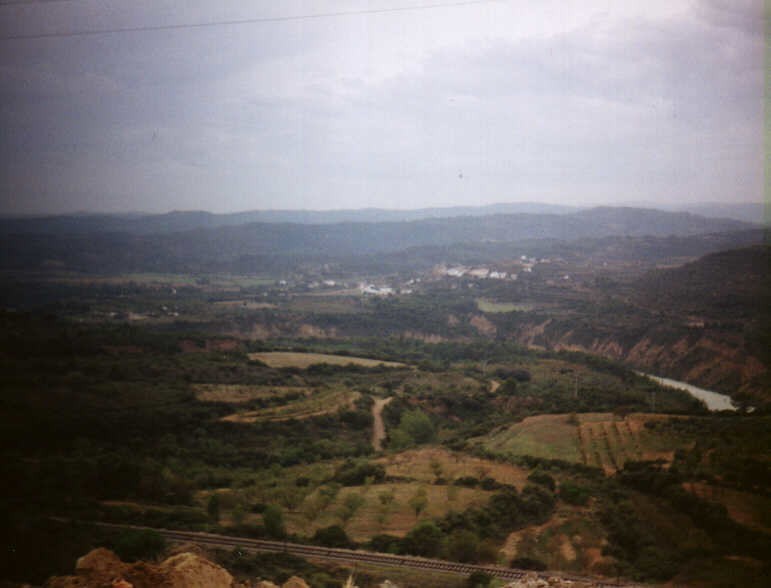 This is just a picture of the scenery near Pamplona. Spain was much prettier than I had realized - especially in the mountains.